“Shit, I made the Yankee hat more famous than a Yankee can.” — Jay-Z

Seriously, has anyone done more good for the New York Yankees in recent years than Jay-Z? I guess A Rod or Jeter or Mariano perhaps, but Jay has never been shy about it.

I’m glad Jay-Z has finally gotten on board and taken a stand to express his fondness for the always under-appreciated New York City. Someone had to.

This is especially true in his performance last night at the still sparkling new (albeit cracking) Yankee Stadium for Game 2 of the World Series between the Yanks and the Phillies. Decked out in full-on Yankees gear*, Jay-Z and Alicia Keys played “Empire State Of Mind” from his recent Blueprint 3 album.

Not sure why this song is getting so much hate; I actually (ACTUALLY?!) quite like it and Alicia Keys’s chorus hooks. It’s a decent single and comes off as pretty epic within this sports context and with New York as the backdrop.

*It’s funny to see the Yankees players like Mariano, Jeter and Joba grooving to the song, but even funnier to see that cut to the Phillies player nodding along too. Maybe that’s why they lost last night.

**UPDATE 11/8: According to MTV News, it looks like the duo couldn’t “contain their enthusiasm” of New York to just one song. Alicia Keys’ new album, The Element Of Freedom, will have a sequel of sorts to “Empire State Of Mind,” creatively titled “Empire State Of Mind Part 2,” and feature a whole new verse by Jay-Z.

Check out the official video, directed by Hype Williams, below:

UPDATE 12/16: Check out Alicia Keys performing her the song “Empire State Of Mind 2” on the Colbert Report, complete with Colbert’s brilliant shout out to the lesser-loved suburbs.

Here are links to two different promotional audio slideshows I made for NPR Music’s upcoming 50 Great Voices series. They are my two first multimedia projects to go live on NPR.org so they’re a tad rough (though the second one is substantially better than the first effort).

Functionally, these two videos were intended to let our audience hear a few teases of music and interact with some of the great musical voices in recorded history. Personally I don’t think they’re a complete success in the goal interaction because the user is more or less tethered to the viewing experience of rather static images for the duration of the video.

But the music mixes do give an effective sense of flow between the different iconic voices.

Anyway, take a look (click on the images below to go see the videos): 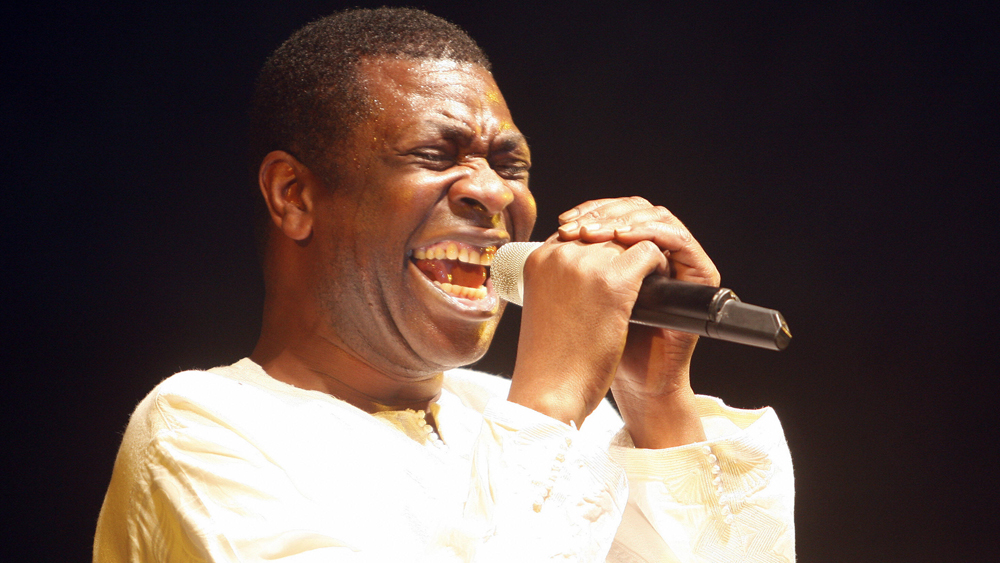 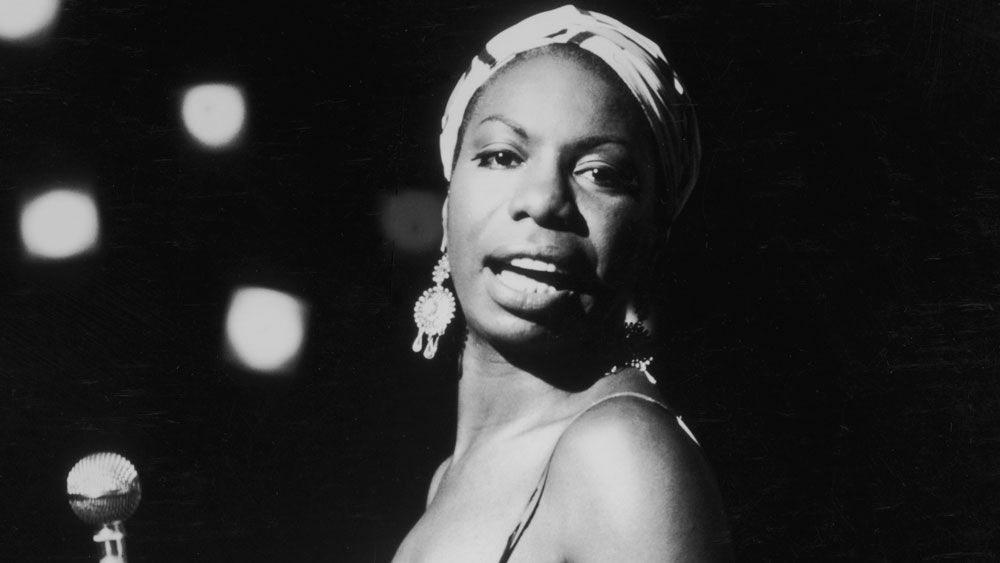 We had two notable back to back talk show appearances this week:

Check it out here:

And Tuesday night, The Flaming Lips visited Conan as well to play the fantastic closer from Embryonic called “Watching The Planets.”

Wow. Both are just stunning.

Over the last year or so Medeski Martin & Wood have been releasing their Radiolarians trilogy of records. The series captured the jazz-funk trio in a creative period in which they would write music, tour behind it and then record (write>tour>record) instead of the more typical cycle of writing, recording and then touring (write>record>tour).

As a result, the new compositions that make up the three albums feel more suitably lived in and explored having been given time to evolve while on the road. That is, what you get here are the extended, sort-of live versions, not the outlines.

The music for the most part eschews the sterotypical ‘funk jazz’ they’ve been in for a more exploratory, hard driven and dissonant jazz sound. It’s also spacious and meandering much in the same way Tonic and Electric Tonic were.

Now that all three records are out, all in a sleek, unifying trade dress, the band is collecting them together in an upcoming box set called, The Radiolarians: The Evolutionary Set comprised of many enticing special features, much in the vein of Radiohead’s ‘Diskbox’ edition of In Rainbows.

Here’s more from the press release:

The box set will include: Radiolarians I, II and III complete with bonus tracks, a 10 track disc of remixed music, a previously unreleased 70 minute live album, a double vinyl LP set consisting of highlights from the three Radiolarians albums, plus a DVD feature film entitled Fly In A Bottle directed by Billy Martin.

Here is a trailer of that film:

Fly In a Bottle – 5 minute trailer from Medeski Martin and Wood on Vimeo.

Tirelessly working through footage of MMW in the studio and on the road, the film provides an extremely intimate portrait of the band. It highlights the trio’s intricate relationships with each other and with the music they have worked to create over their past 19 years as a band. In conjunction with Fly in a Bottle, the DVD will also include the music video for “Amber Gris”, the esoteric Incant to Chantes Des Femmes directed by Grey Gersten, and an experiment with time-lapse film entitled CW. CW (directed again by Martin), is a metaphoric look at the evolving and intricate relationship between Chris Wood and John Medeski from Billy Martin’s perspective. Filmed on the tour bus, CW is set to the music of “First Light” and features excerpts of transistor radio as used in “Chasen v. Suribachi.” The DVD portion of the set provides a fitting closure as fans and critics are given unprecedented access to the band during their everyday lives. It’s raw, highly personal and real.

I have yet to receive the box set or see the film (only heard the three albums so far), but hope to in the next few weeks. However, New York Times music writer Nate Chinen recently previewed the package on his blog The Gig.

Jeez, as if Beck needed another project on his plate. Some details have started to surface regarding a new Charlotte Gainsbourg album titled IRM (French for MRI), a project she collaborated with Beck. Beck wrote all the music, co-wrote the lyrics, produced and mixed the record which is due for release in January 2010 it looks like (via Because/Elektra).

The first song to leak out — for free, officially through Gainsbourg’s own site — is the title track. According to the above video, “IRM” is about Gainsbourg’s own frequent MRI trips following a water skiing accident in which she suffered a brain hemorrhage.

The first official single “Heaven Can Wait” — reportedly a classic pop duet between Gainsbourg and Beck — is to be released soon.

According to Rolling Stone’s blog, the record has a rather high pedigree of musicians involved:

I quite like the new song they’ve released already… a bit more energy than Gainsbourg’s previous effort 5:15, a collab with French pop duo Air. Can’t wait to hear the rest.

UPDATE 10/23: Jessica Suarez of Stereogum provides this update regarding the record and in one portion hints at a potential upcoming tour:

Currently she’s back in Los Angeles, working with Beck and his band to figure out how to play their new songs in front of an audience, or if that’s even something she can do. “I really want to be able to do it, but it has to be a pleasure, it can’t be a terrifying experience,” she says. “I love the songs, and I love singing them, so I just have to find that pleasure again.”

UPDATE 11/10: The first official single “Heaven Can Wait” is now out. It definitely has that staple bar-room bluesy Beck sound reminiscent of his 1998 record Mutations, with the slack-stringed acoustic guitars and upright parlor pianos and junkyard drumming. In otherwords, sounds awesome. 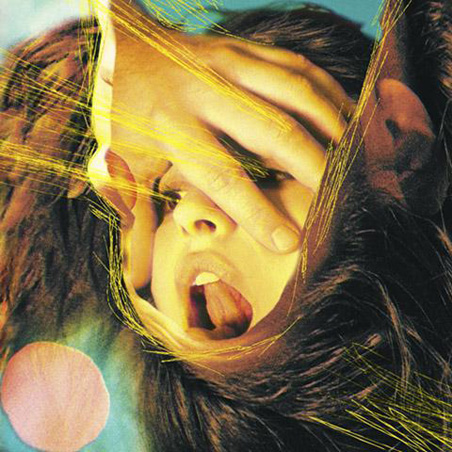 So I had the noble task of hearing the new album from The Flaming Lips, Embryonic, about a month ahead of time and then getting to write a short entry about it for NPR Music.

We are featuring the album on the website, in its entirety for the next few days, so take a listen and see what you think. Me? I think it’s awesome.