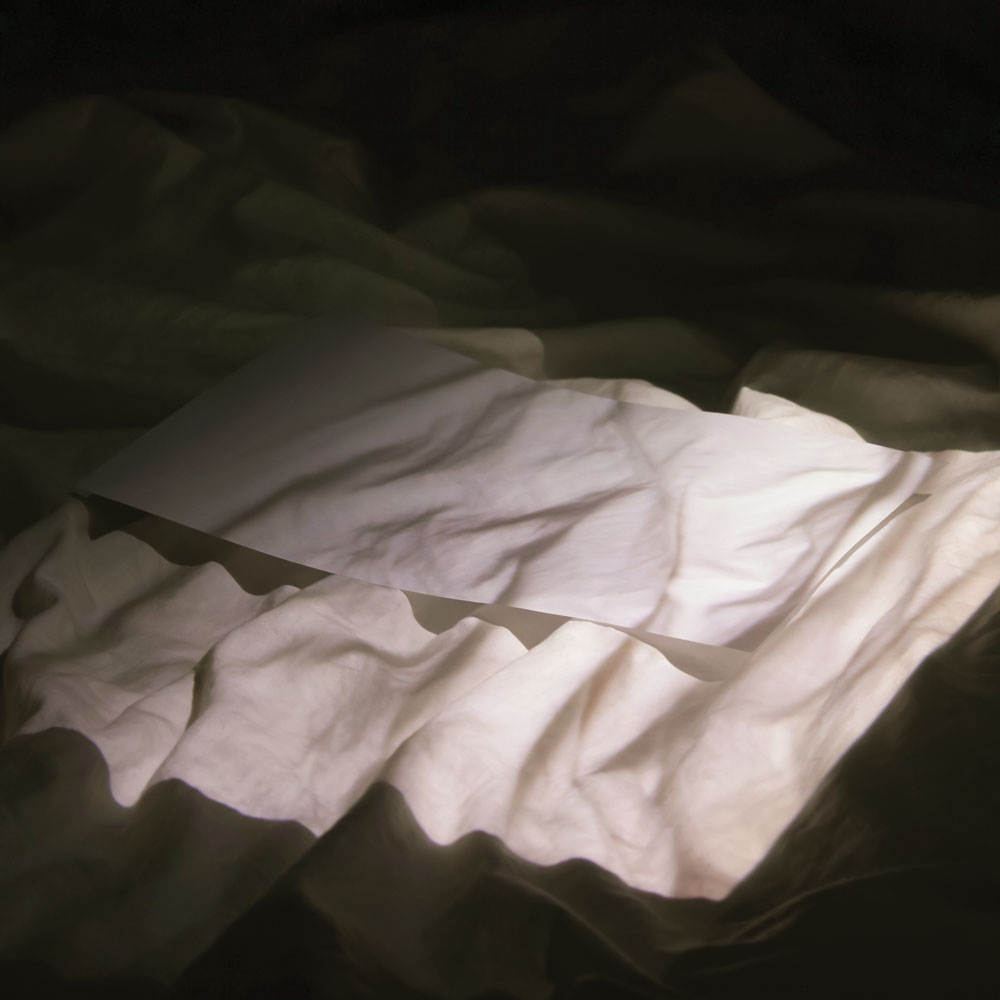 Before he was the the brooding baritone singer of The National, Matt Berninger used to be a graphic designer (albeit one who reportedly distracted himself by scribbling lyrics in the margins during meetings). So it sorta makes sense that he and the band would have a great, clean sense of design when it comes to their record covers. Starting with last year’s very fine High Violet, and continuing through their subsequent singles and EPs, The National’s album art has been particularly gorgeous, with a cohesive, evocative look and feel.

These covers are the work of New York-based artist Mark Fox, whose sculptures have been the basis for, and in some cases, re-purposed into album art. These incredibly intricate sketches and sculptures look to be crafted out of all sorts of textures and tactile materials: wood, string, metal, tape, paper colored with paint and colored pencils, and so on. There is so much detail to these pieces that you want to reach out and touch them, but at the same time there is a simplicity to Fox’s work which allows them to be a natural fit for an album cover.

When viewed together into a series, and coupled with a sleek typography layout, there’s a clear sense of style and direction that seems perfect for the dark, melodic vibe that The National’s music exudes.

Fox’s piece “The Binding Force” was used as the basis for the cover for The National’s full-length album High Violet:

The cover to the lead single “Blood Buzz Ohio,” is based on Fox’s piece, “Jane Jacobs Understands The Beehive:”

The cover to the single “Think You Can Wait,” is based on Fox’s “Cloud (Days Of That Are Over):”

And finally, the cover to the brand new single “Exile Vilify” is based on “The White Sawhorseman:”

You can also apparently buy t-shirts from The National, designed by Mark Fox too (Here and here.) Great stuff. 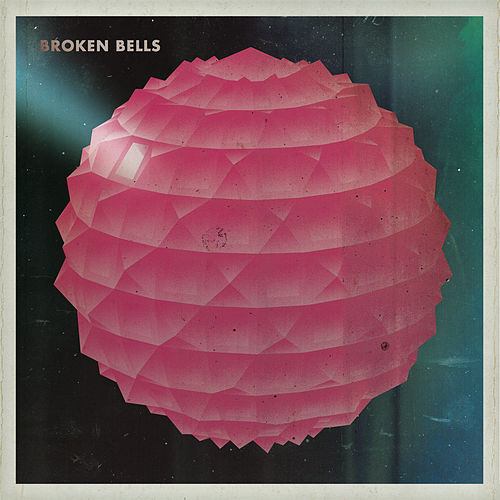 This one is pretty obvious. But still fun to see someone do an homage to Roxy Music’s iconic, and at one time controversial album cover. Plus, let’s keep it shallow here and acknowledge that any over with attractive women is sure to get at least some attention.

Here’s the cover to Love and Desperation, the new album from J. Mascis (obviously of Dinosaur Jr.) side project Sweet Apple:

And here’s the original from Roxy Music’s Country Life:

Just read a review in Pitchfork of garage rock outfit, Turbo Fruits, a side project of sorts from the folks of the late Be Your Own Pet.

But really, I clicked on the link because of the rather familiar album art. Surely I’m not the first person to point this out the similarities with these two covers right?

Cover to Blood Sweat and Tears’ 1968 album Child Is The Father To The Man: File this one under “This seems like something I should have known… but didn’t.”

This morning I was listening to the wonderful Seattle radio station KEXP online and heard a moody, grooving song by David Holmes called “Don’t Die Just Yet.”

(Holmes, you might know from being the musician, producer and DJ behind many film soundtracks including notably, Steven Soderbergh’s Out Of Sight and Ocean’s Eleven.)

As I was listening, I heard these amazing swelling strings and dueling distorted guitar solos that I noted out loud sounded exactly like Beck’s fantastic “Paper Tiger” from Sea Change, one of my favorite albums by Beck.

It was promptly pointed out that this Holmes remix incorporated bits of strings from Serge Gainsbourg’s song “Melody” and that it was a song that Beck and Sea Change producer Nigel Godrich had apparently openly aped for their own song.

I have been only somewhat aware of Serge Gainsbourg’s work on a very general level — I can recognize his musical style when I hear it, and have always enjoyed most of what I’ve heard. But I’ve never owned any albums by him so, up until now, I’ve never been overly familiar. But considering my fondness for Beck’s music, I was naturally a tad shocked that this song had eluded me.

I always love when hearing some random song takes you down this rabbit hole that presents an opportunity to discover new music and to dig into the Gainsbourg-sized gap in my musical knowledge.

“Melody” of course comes from the 1971 concept album, Histoire de Melody Nelson, in which Gainsbourg sleazily sings of a pseudo-autobiographical tale involving a car crash with the aforementioned Melody Nelson, a Lolita-esque teenage nymphet that he eventually seduces.

According to the Wikipedia article, the album has “proven to be highly influential amongst later francophone and anglophone musical performers” including the Air, Pulp’s Jarvis Cocker, Portishead, and Beck.

A music video was made for each song on the incredibly short 28-minute album and eventually packaged together as a musical. Check out the video below for “Melody:”

Lately I feel like this has become some sappy Flaming Lips fan blog, but this one was too good to pass up, and what can I say? I am fan.

Anyone who knows me even a little knows that I love a great cover song. One that’s not only a great performance, but one that makes you hear the original in a new light. One of my favorites from this year so far is The Flaming Lips’ cover of Madonna’s “Borderline.”

I first heard The Lips play this song at that pretty mediocre Earth Day concert earlier this year and it was fun to hear, but much like the rest of the set, underwhelming.

What I didn’t know was that the band not only has incorporated the song into their live set, but recorded it for a Warner compilation, Covered, A Revolution in Sound: Warner Bros Records with members of Stardeath and White Dwarfs. But judging from the rest of the music included, “Borderline” looks to be the standout.

The Flaming Lips’ version starts as a mellower approach to the song, dreamy and full of computerized glitches and chiming tones. But soon that epic noise rock side of the band really explodes, transforming it into a fantastic shoegazey stadium anthem. What I love about it is that it truly reinvents the song, peeling away the sheen and gauzey production of Madonna’s original and finding the nugget of a great pop song. Like most Madonna songs, this one is fully of great melodic hooks and really makes you appreciate the songcraft with fresh ears.

Take a listen here, and watch the great video that they made for it:

Surely the similarities here have been pointed out in the past. But it just struck me today how nearly identical the guitar parts and the general tone are in both of these songs. Interesting…

“The Elevation” by Television from Marquee Moon

I’ve already gushed about John Vanderslice‘s fantastic new album Romanian Names a few days back, (I’m also in the midst of writing a piece for NPR Music about Vanderslice, so stay tuned for that). But I came across a few videos on YouTube that really show off one of my favorite songs off the record, “Too Much Time.”

On the album, the song takes on a much darker tone, a bit of a mix of electronic and new wave perhaps; almost Cure-like.

But as you can hear in these various versions below, Vanderslice has obviously toyed around with the arrangements for the different live settings. I always find it interesting to hear how a song progresses from its beginnings to how the production ends up on the final album. Take a listen:

Striped down, acoustic version for KEXP

A less striped down version with violin:

A fuller version with The Magik*Magik Orchestra: