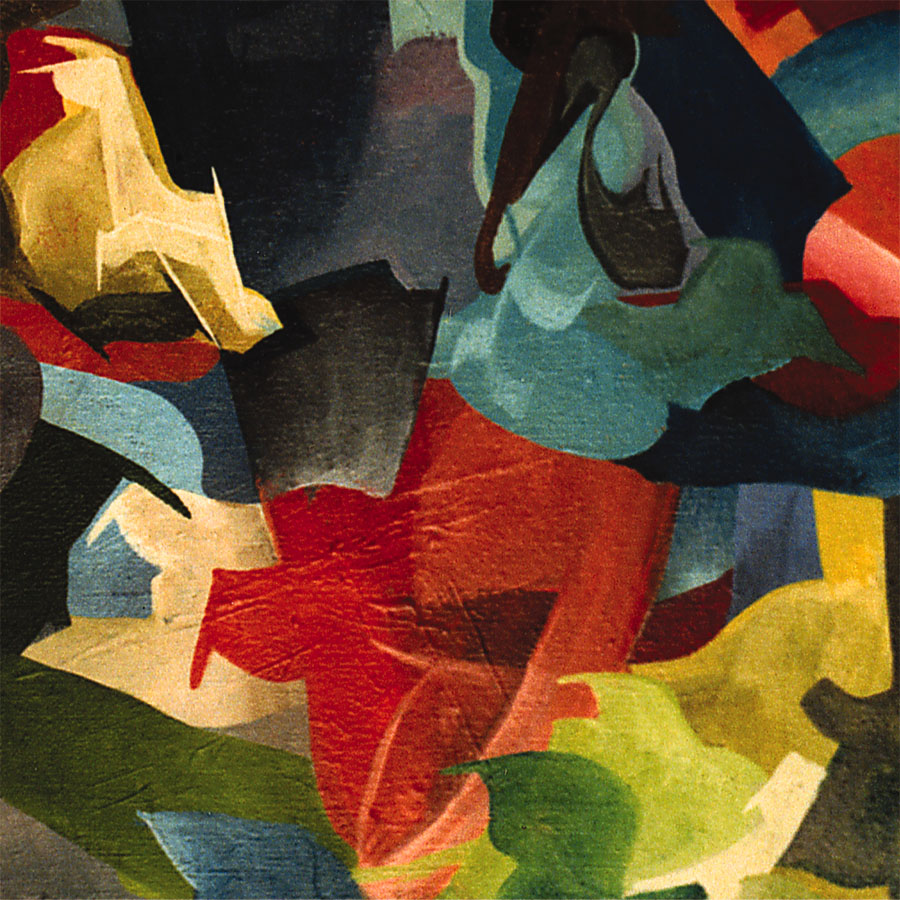 Last week, WNYC’s music show Soundcheck — where I work, obviously — asked listeners and guests and staff about music they missed the first time around but now adore. Friday’s show aired a special centered around this Missed It Then, Love It Now idea; I show up (around the 22-minute mark into the episode) to talk about my love of Elephant 6 Recording Company and spin “Love Athena,” a song by The Olivia Tremor Control.

Now for the three people who may not know of Elephant 6, this is the collective comprised of beloved bands first from Denver, but later became synonymous with the Athens, Ga. music scene in the mid-to-late ’90s. These bands include: Neutral Milk Hotel, Circulatory System, The Apples In Stereo, Elf Power, of Montreal, Beulah, The Minders, The Music Tapes, and of course The Olivia Tremor Control — a band centered around Will Cullen Hart, Bill Doss, John Fernandes, and for a time, NMH’s Jeff Mangum.

Now I knew of Neutral Milk Hotel and Of Montreal and Apples in Stereo in early college: I think I first heard In The Aeroplane Over The Sea as a college freshman around 2000, though I’m sure it took awhile longer for me to understand that record’s impact. Still, I guess I never really knew until much later that these bands and many others were part of this larger collective, Elephant 6.

It makes sense though. When these bands were making music in that stretch in the ’90s, I was too young. I wasn’t especially a ‘zine person then, and with little access to the Internet until high school, I’m not sure how I would’ve come to know about certain bands under the radar. Back then, music fansjust had to dig a little deeper and work a little harder to find out about “underground” bands, not to mention actually locate the physical albums. And by the time I was starting to find these bands, many of them were broken up or on extended hiatus — like Olivia Tremor Control, or the reclusive Neutral Milk Hotel’s Jeff Mangum.

So it wasn’t until 2004 when I was studying abroad in Germany that I finally was introduced to this world. Cliche or no, it was because I met this girl in one of my language classes, and after talking about music it turned out we had very similar tastes. Here’s a gist of one such conversation:

“Do you know Neutral Milk Hotel?” she asked me one night. I did, yeah.

“What about of Montreal?” Kind of.

“Olivia Tremor Control?” I had never even heard of them, nor Circulatory System, nor the five other bands she name dropped.

Soon, she “gifted” me a stack of burned CDs to listen to. (While this was decidedly the iPod era by then, it was still easier to burn a disc than trade music files for some reason.) The rest of that winter semester abroad, I went down the E6 rabbit hole, listening to records from Apples In Stereo, Circulatory System’s self-titled album, and Olivia Tremor Control’s Black Foliage: Animation Music Vol. 1 and odds and ends compilation, Presents: Singles And Beyond.

What I loved about NMH or OTC or Apples in Stereo or of Montreal was each band’s blend of lo-fi production and super dense technicolor psychedelia and soaring Beatles-esqe melodies and arrangements. This music blended 1960’s pop song structures with experimental noises, bizarro musical interludes, and a playful childlike humor and wonder that few bands embrace.

A few years later, I started working at NPR and NPR Music, and thanks to a couple friends/co-workers who’d spent time living in Athens, and both, mega fans of all things E6, I began to delve even deeper. Over the years they would school me on all sorts of ancillary, sorta-related bands and projects from E6 and it was fun to fully immerse myself in this odd world. The three of us even drove to Baltimore together for a weirdo show from the Elephant 6 Orchestra — a circus-like ramble of members of all of these bands each playing on each others songs.

In the years since, I’ve caught concerts from The Apples In Stereo, of Montreal, The Music Tapes, and Jeff Mangum performing solo after years away from the stage. While many groups like of Montreal have gotten bigger and bigger, but some of the other E6 members are reuniting: Circulatory System put out an album in 2011, Neutral Milk Hotel is finally reuniting to everyone’s shock. And even Olivia Tremor Control showed signs of resurfacing — putting out a song or two in 2010. But sadly, with last year’s sudden death of key member Bill Doss, that band’s future is in question.

These days, way more people know of Elephant 6 bands than ever, but still not enough people are all that familiar. I try to remind myself that we come to music when we’re supposed to, and even I came to this music later than a lot of people did. Strangely, all these years later, I have literally no memory of that girl’s name or where she was from — she was American, so we can narrow that down at least. But when I hear songs like OTC’s “A Sleepy Company” or anything from that era, I still think back to that random person introducing me to all this music I now love.