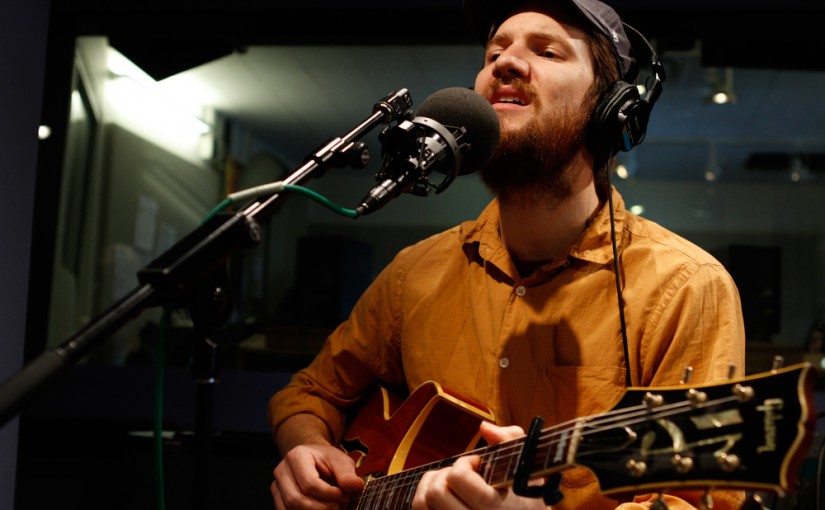 I first discovered Blake Mills when he opened for, and then played in Fiona Apple’s band on her tour for her album, The Idler Wheel…. But Mills is one of those versatile guitar players’ guitar player types who’s collaborated with almost everyone big in some capacity, and is a skilled songwriter in his own right. I got to see his playing up close when he came to the Soundcheck studio to perform songs from his latest record, and shot some photos, too.

While he’s still only 28 years old, Blake Mills has become something of a musicians’ musician: A highly skilled guitarist and session player, Mills has collaborated with and enlivened recordings from practically everyone: Jenny Lewis, Conor Oberst, The Avett Brothers, Norah Jones, Beck, Pink, Neil Diamond, Julian Casablancas, Kid Rock, and Lana Del Rey, to name a few. He’s also perhaps most recently known as the guitarist in Fiona Apple’s touring band — and later, sharing a co-headlining tour together in 2013.

However, as a solo artist, Mills takes center spotlight, combining dexterous guitar solos with songs that demonstrate why he’s a songwriter on the rise. When it came time to make his new album, Mills eschewed the state-of-the-art recording studios he’s played in with his friends. And instead, he took to his Prius, parked at a Los Angeles beach, and recorded songs in his car. That organic, earthy sound is heard in Heigh Ho, Mills’ follow-up to his debut album in 2010. This batch of songs is not only a showcase for Mills’ delicate melodies, off-kilter and atmospheric guitarwork, and his bluesy, gritty voice, but for his own songcraft and lyrics.

Still, the guitarist makes room for some of his friends: Apple, Rob Moose, producer Jon Brion and composer and songwriter Gabriel Kahane all make appearances. After years of being the guy behind the guy, Mills’ rare limitless musicianship is finally receiving the attention it deserves.