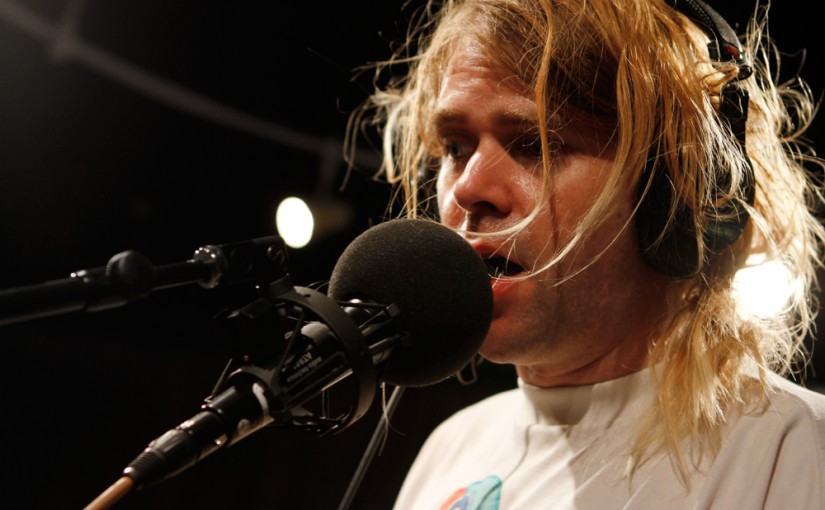 Ariel Pink is notoriously divisive and off-putting (to say the least), but he occasionally channels that chaos and weirdness into some excellent songs. He came into the Soundcheck studio to play some songs from pom pom, and I took some photos.

For well over a decade now, the musician known as Ariel Pink has made album after album of unpredictable lo-fi pop, with songs packed with as many absurdist ideas as gorgeously dreamy melodies. And while he’s grown beyond those loose early bedroom-recordings — and learned to sharpen his songcraft into more satisfyingly taut tunes — his songs and live set still maintain his anything-can-happen spirit. It’s that juxtaposition between the experimental and the refined that has made the Los Angeles native and his project, Haunted Graffiti, such a fascinating and occasionally confounding songwriter.

After a couple breakthrough albums — namely, 2010’s Before Today and 2012’s Mature Themes — Ariel Pink eschews the Haunted Graffiti moniker for his latest, pom pom. An infectious 17-song, 69 minutes, pom pom (out Nov. 18) is said to be his first solo effort to his name, but he maintains “it is by far the least ‘solo’ record I have ever recorded.” Regardless, Ariel Pink continues to demonstrate his way with a catchy hook and hilariously self-aware lyrics.

This rings especially true in songs like “Dayzed Inn Daydreams” and “Put Your Number In My Phone” — where he cultivates an alluring and kinda sleazy vibe as he tries to woo a girl into handing out her digits with promises of romance and domesticity. His trademark croon flutters above a shimmering bed of analog keyboards and little outbursts of noise, and Ariel Pink’s smooth and nostalgic sound — pulling from ’60s psychedelia, ’70s soft rock, and hazy ’80s synth pop — feels equally pretty… and pretty weird.