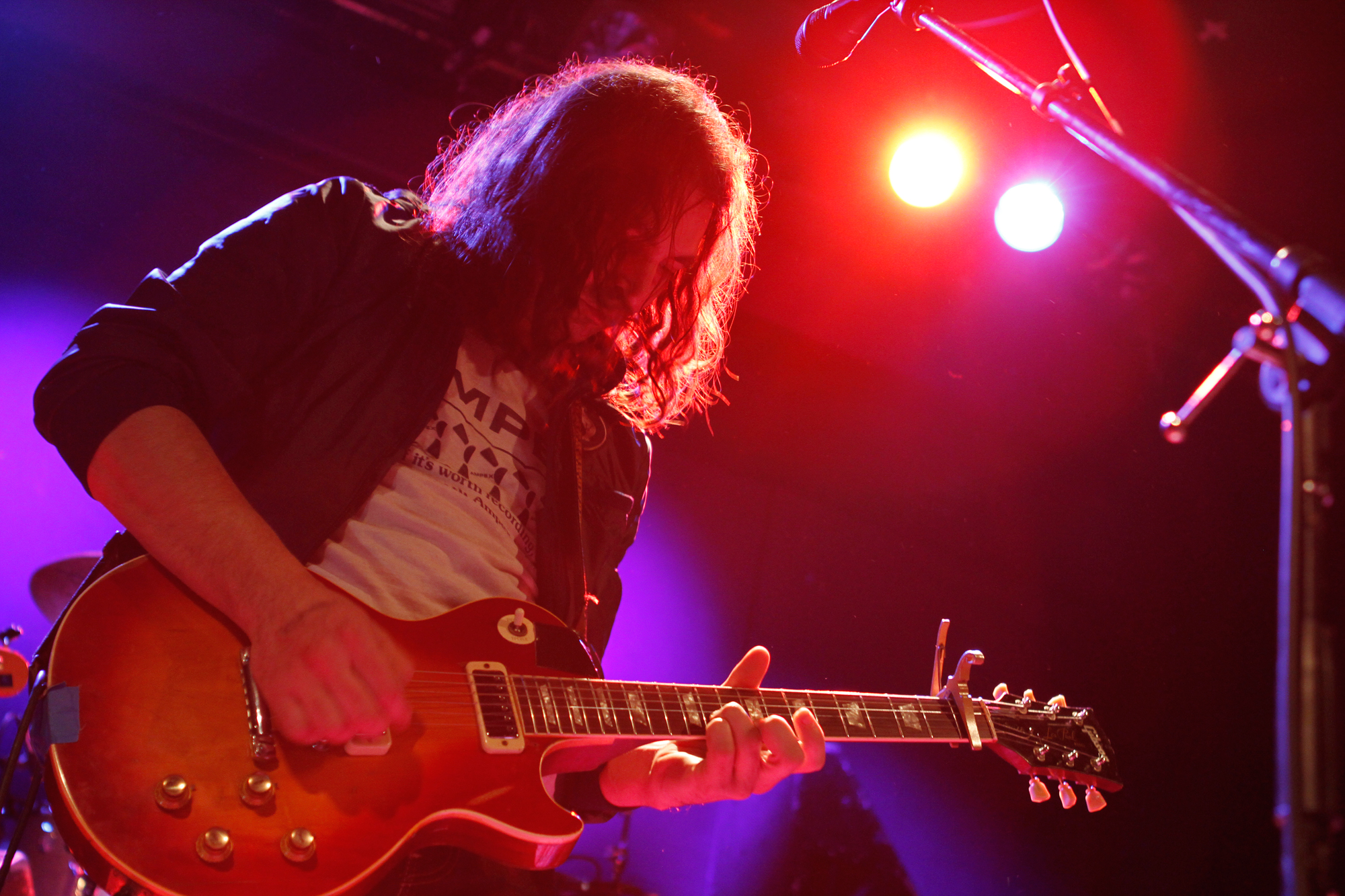 I don’t go to a concert a night or anything crazy, but I do see a fair amount of live music. Last night for instance, I went to two shows at two different venues, and caught all or parts of five bands’ sets. First up was an early show at Mercury Lounge for young U.K. synth pop band Woman’s Hour, and its opener Future Of What. Then, made the short but rainy walk down to Bowery Ballroom for opener Sore Eros, songwriter (and Sharon Van Etten’s longtime guitarist) Doug Keith, and Philly rockers The War On Drugs.

END_OF_DOCUMENT_TOKEN_TO_BE_REPLACED

Spent some quality trial and error time today with live concert GIF-making, this time with the amazing Son Lux (a.k.a. Ryan Lott), who performed at New York’s Bowery Ballroom on Feb. 7. Lott provided a lot of great moments with his gesticulations and arm motions and sometimes-awkward dance moves, but picking the perfect action proved difficult — especially since I originally hoped I could create a more seamless looping GIF. Oh well, next time.

END_OF_DOCUMENT_TOKEN_TO_BE_REPLACED

For the past few months I’ve had Quilt’s music spinning around in my crappy white earbuds. The band’s delicate but enveloping songs have been a calming force when those commutes feel extra long, when the overloaded trains and sidewalks feed claustrophobia, and when I just want to escape. It may sound hokey, but then, it’s right there in the name.

END_OF_DOCUMENT_TOKEN_TO_BE_REPLACED

Today we had the identical twin-sister duo Tegan And Sara in the studio to perform songs from this its fizzy synth pop album Heartthrob. I’ve listened to this band for many many years at this point — really loved The Con from 2007. But with Heartthrob, the two are taking things in a much more mainstream radio dance pop direction — which on songs like “I Couldn’t Be Your Friend” and “Closer” really really work. thanks to killer production and sticky melodies that burrow deep into your mind. Hard to do in modern radio pop.

When not making music together, Tegan and Sara Quin have both pursued writing for more pop-oriented artists like David Guetta and Alesso and Carly Rae Jepsen, among others. And you can really tell those collaborations have really sharpened Tegan and Sara’s hooks and songcraft.

“Bands constantly come to us for advice — young artists, aspiring artists, singers, writers, etc,” Tegan Quin said in her interview on Soundcheck. “And I always say, ‘the best thing you can do is go and collaborate with someone else, because you are broadening your horizon right away; instantly you are learning from someone else.’ And I think that that’s the best way to become a good writer.”

These songs are so well constructed to be memorable and singable, which is, no doubt, why Tegan And Sara has expanded beyond its admittedly feverish and diehard fanbase that has been with the band for years, into wider audiences and landing at No. 3 on the charts.

After so many years toiling in the indie rock circles, breaking many ceilings, and slowly building a devoted following, it’s cool to see them finally finding bigger success, while being true to themselves artistically.

We shot video and they gave a really solid interview, which effectively blew up the Soundcheck Web site. I also took a ton of photos which you can see on Tumblr.

For anyone who cares, here are some of the photos I took the during the Sunday Inauguration Concert and on Inauguration Day 2009.